Understanding CHP and the Cost of Installation

A growing desire to conserve and preserve the environment, combined with the ever-present desire to cut costs and improve efficiency, has organizations in every industry considering alternatives to conventional electrical and thermal energy production. In addition to efficiency and environmental factors, these alternatives must be economical and reliable.

One of the most prevalent alternatives is combined heat and power (CHP), which is also known as cogeneration and which offers organizations a number of benefits when compared to conventional thermal and electricity production.

However, CHP installation costs are a major concern for prospective businesses. What is the cost of CHP? What kind of ROI can companies expect from combined heat and power? Let’s take a deeper look at these numbers, the technology itself, and its numerous benefits. 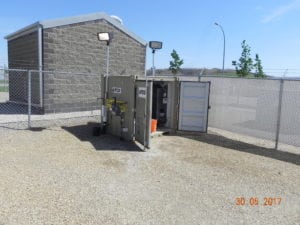 Combined heat and power is a more efficient way to harness energy because it generates electricity and converts the resultant heat into useful thermal energy that is then commonly used to heat water or itself. A CHP system can either be a utility resource or located at a specific facility, though they are usually installed at locations that require both thermal energy and electricity.

Conventional electricity generation allows heat to escape into the atmosphere, wasting nearly two-thirds of the energy the fuel produces, while additional energy is wasted during the electricity distribution process. Combined heat and power captures the heat that would otherwise go unused and helps cut down on waste during the distribution process. Due to this, CHP systems easily achieve efficiencies upwards of 80 percent. Compared to conventional systems that use grid electricity and on-site heating, which are usually only 50 percent efficient, this is a massive upgrade.

The overall efficiency of CHP is its main benefit, but that efficiency benefits businesses in other areas as well. For example, CHP system slashes energy costs for facilities and provides a hedge against rising electricity costs. Since its an on-site generation resource, CHP is reliable enough to keep operations running in the event of a grid disruption or other disaster.

For businesses that wish to limit their carbon footprint, CHP is the perfect solution. CHP systems burn less fuel on a source basis than other methods of electricity generation while also avoiding distribution and transmission losses, so greenhouse gasses and other pollutants are minimized. 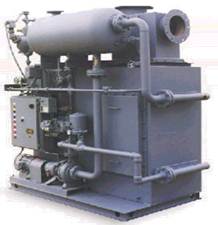 Before getting into the types of CHP systems and their related costs, it’s important to have an understanding of heat-to-power ratio. The heat-to-power ratio of the facility in question should match with the ratio of the CHP system that is purchased. This ratio is defined as the ratio of thermal energy to electricity required by the energy-consuming facility. The proportions of necessary heat and power naturally vary from location to location, so a CPH system’s operating schemes must be proven to match the demands of the facility as closely as possible. Depending on the situation, the cogeneration system can be set up to supply all or part of the site’s heat and electricity.

Types of CHP Systems and Their Costs

CHP installation costs depend on the system and facility in question, but there are four main types to choose from: reciprocating engines, micro turbines, gas turbines, and fuel cells. CHP technologies differ in their size ranges, average installed costs, maintenance costs, and average efficiency.

Reciprocating internal combustion engines are similar to car engines and are used for power generation, transportation, and a variety of other purposes. Reciprocating engines, which are often fueled natural gas, are great for CHP service and have size range from 1.5 kilowatts (kW) to more than  10 megawatts (MW). For larger locations, multiple reciprocating engines can be integrated to deliver a greater capacity.

One of the main benefits these engines offer is that they can be turned on and off to handle the facility’s needs. They can be run below capacity without sacrificing efficiency. Reciprocating engine CHP systems are commonly found in residential, commercial, and industrial buildings. The average CHP system efficiency of reciprocating engines is 78 percent, while the average installed cost ranges from $1,433 for large systems to to $2,900 for smaller commercial buildings ($/kW).

are smaller combustion turbines that are powered by natural gas. Their use in CHP systems  began in the , though their larger gas counterparts had been used in that capacity for much longer. Much like their name implies, have a size range of 30 kW to 200 kW, though they can be combined to create modular packages that exceed that capacity.

Unlike reciprocating engines, should be left on around the clock in order to maximize efficiency. Locations that have a constant need for electricity and heat are perfect matches. don’t require much maintenance, though any maintenance that is needed is quite specialized. The average system efficiency of is approximately 67 percent, while the average CHP installation cost ranges from $2,500 to $4,300 ($/kW).

Though gas turbines are available in a range of 1 MW to over 50 MW, they typically have better economics in sizes greater than five MW. Gas turbines are great for CHP industrial applications because the high-temperature exhaust can be used for heating and drying or to generate high-pressure steam. When used for CHP, gas turbines typically run on natural gas.

Much like their smaller (micro) counterparts, gas turbines are at their most efficient when running constantly. The average CHP system efficiency of gas turbines is approximately 70 percent, while the average installed cost ranges from $1,250 to 3,300 ($/kW).

Fuel cells rely on an electrochemical process that converts the chemical energy in fuel to electricity. This process is different than those used by reciprocating engines and turbines because electricity is generated without combusting the fuel. Though fuel cells were originally developed for use in space exploration, they can now be configured for use in CHP systems. The typical size range for a fuel cell CHP is 200 kW to 2,000 kW.

Fuel cells should continue to make strides as a viable CHP technology due to a decrease in capital costs and a continually growing desire for low emissions profiles. Hydrogen fuel cells, for example, can significantly reduce pollution and man-made greenhouse gasses. The average CHP system efficiency of fuel cells can be > 80 percent, while the average installed cost ranges from $4,600 to $10,000 ($/kW).

CHP maintenance costs vary depending on the technology of the system, but costs generally decrease as the system’s capacity increases. The average cost of maintenance is typically measured in dollars per kilowatt hour ($/).

Are There Tax Incentives for Implementing CHP? 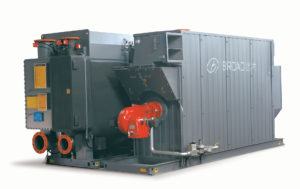 As long as businesses begin construction on the CHP project by the end of 2021, they can utilize the tax credit. However, it should be noted that the maximum project size is 50 MW and the incentive stops after the first 15 MW. In addition to the ITC, the new tax law includes bonus depreciation that allows a 100 percent write-off of capital investments for the first year of operation under Section 179 of the U.S. Tax Code.  Most U.S. for-profit businesses are taxed at a rate of 21% so depreciating the entire cost in the first year could earn you 21% of the installed costs back, and this is on top of the 10% tax credit.  Canadian customers can also depreciate the entire cost of CHP in the first year.

All of these incentives combine to boost the after-tax internal rates of return (IRR) for combined heat and power projects.

Although the sections above detail CHP installation and maintenance costs, the numbers are averages based on data from a variety of manufacturers. Combined heat and power cost is largely dependent on the geographical area, the scope of the plant equipment, any specific site requirements, market conditions, local emissions requirements, and other factors. To gain a better understanding of the cost of CHP, download this ROI calculator, which provides a payback calculation for the different combined heat and power technologies based on a number of variables.

Businesses that are considering a CHP system should begin by performing a site assessment, which provides accurate numbers on potential savings without going through any design steps. For an adequate site assessment, the following data should be collected:

For a more in-depth discussion of the data needed for a site assessment, consider this guide. If the results of the site assessment are promising, a more detailed and exact evaluation should be performed by a qualified engineering firm.